Some common threats to sea turtles include becoming entangled or being caught in fishing gear, boat strikes, ingesting foreign objects such as plastic bags and balloons, and weather that causes sudden water temperature changes. 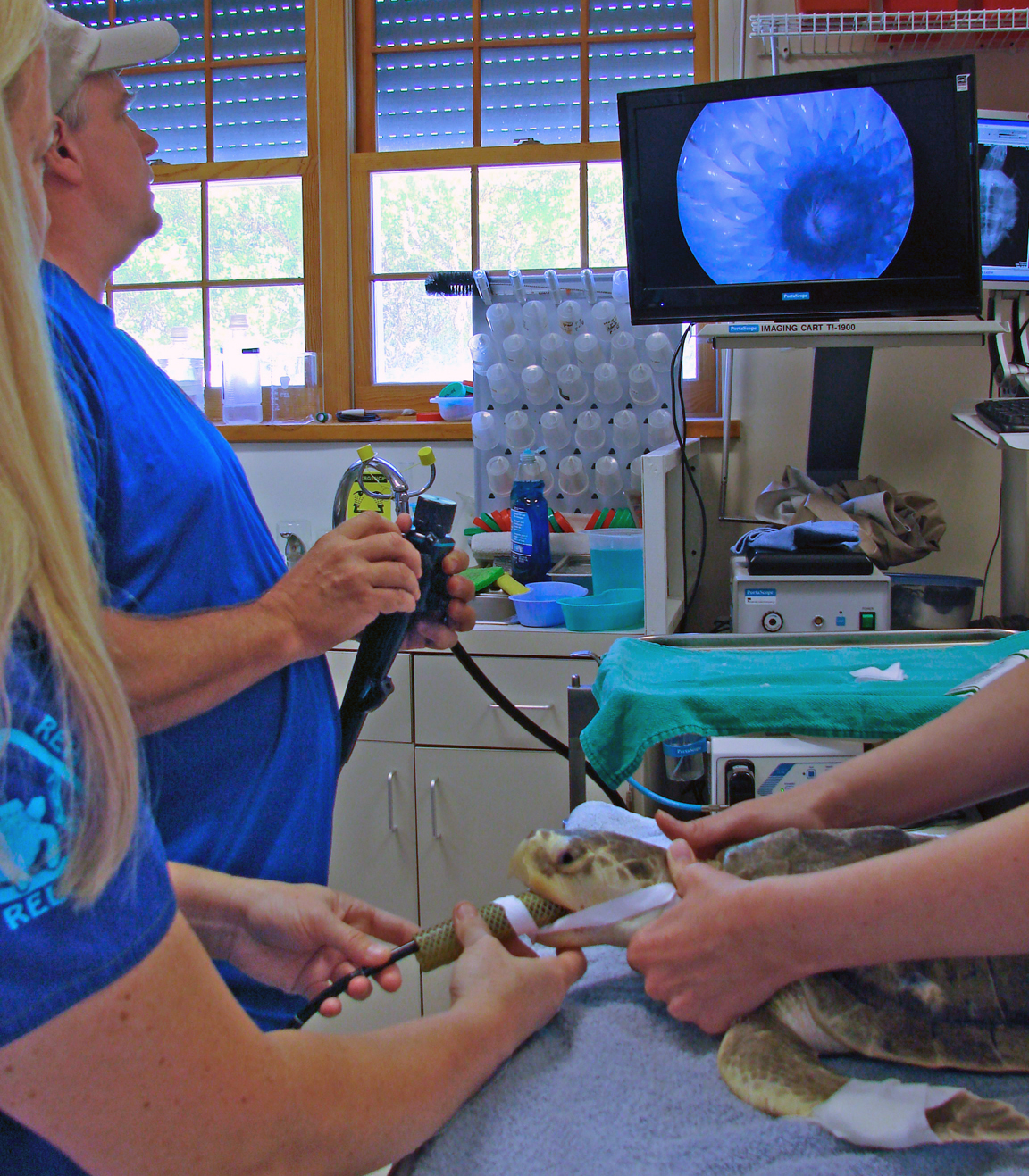 Guests can overlook eight turtle hospital pools from the Turtle Terrace in front of the main facility. These pools house sick and injured sea turtles, hatchlings and washbacks (recently hatched baby sea turtles that are washed back to shore by rough seas) under rehabilitation. The recovering hatchlings, washbacks and sea turtles will be returned to their natural habitat upon full recovery.

The MSC turtle rehabilitation area also cares for and treats other injured native (non-pet) reptiles. Thousands of freshwater turtles, tortoises, box turtles and even snakes have been treated. These animals are often found struck by vehicles, injured by lawnmowers, or attacked by dogs or other predators.

If you find an injured sea turtle or native reptile, please call the Florida Fish and Wildlife
Conservation Commission (FWC) Hotline at 888-404-FWCC (3922).